I’ll be honest. Chronic Fatigue Syndrome is no walk in the park.

It’s been 4 years since I became sick, and a little over 3 years since I was diagnosed with CFS. Get caught up on my story with my very first blog post!  Until I experienced it first hand, I had no clue how dangerous this condition is. I wish I took it more seriously before it became too late. Well, that’s what you call hindsight 20/20.

There are so many unknowns about this tricky disease, and even some disbelief that it’s a real thing. More recently, though, I’m guessing the growing number of people battling this illness is starting to turn heads. I’ve read that 1+ million people in the USA have been diagnosed with Chronic Fatigue Syndrome (a.k.a. Myalgic Encephalomyelitis) and there are about 17 million worldwide (These numbers are estimates of those already diagnosed, and probably only from populations that keep these kinds of clinical records). There’s probably way more of us out there suffering without knowing they have CFS.

I’ve been told that it’s all in my head, that I’m confused and making up my symptoms, and that I’m really just out of shape or lazy. As the symptoms got crazier, even I believed this!

Finally, I was able to see a Chronic Fatigue specialist who upon walking into the exam room, told ME how I was feeling. Incredible! This was the first time I got a sense that the medical world had something to offer me and my condition. I wasn’t just going crazy!

There are many causes of CFS, and though I’m not sure of all of mine, one trigger stands out. I WAS A WORKAHOLIC ON THE FAST TRACK TO BURNOUT. For those of us running on empty, we KNOW we are exhausted, right? That’s no surprise. The surprise is when we finally crash and burn…though, is this really a surprise?  Find out more about work exhaustion here!

If I could have a heart to heart with my younger and naively enthusiastic self, I would say,

“Self, if you continue working this hard, you will be: sick, sometimes bedridden, unable to hold a job, on a super restricted diet, out of touch with family and friends, crazy weak, dizzy, in pain, unable to remember much, and unable to go back to your old life. You will also live every day knowing that you could’ve done something about it before it was too late.”

Harsh? Maybe, but I was told similar things like this by many concerned people around me who personally knew the dangers of burnout. Obviously, I didn’t listen until there was no doubting that something was wrong.

Oh, and I would add, “And, seriously, stop eating so many brownies!!”

My first warning signs came in late spring of 2013. Some cream-filled snacks I loved to eat suddenly started feeling heavy in my stomach. Lattes also started giving me a bit of the runs. Oh well, a slight dairy intolerance wasn’t enough to stop me from eating the things I loved.

From April through August of that year, I had some of the most busy and stretching times yet. Some of you will remember that I was a missionary youth minister in Europe, and if you are familiar with youth ministry, you’ll know that summer time (and the months leading up to it) is a very intense time! We were in the midst of an active youth group season, I hosted 4 mission teams, lead 6 summer camps, and had a lot of organizing to do in those 5 particular months. As always, it was a great time, but also a push-to-the-limits time.

September would be my month of rest, I told myself, then I’d be ready to start the youth groups again in October.

After that particular season, I sent this note to my liaison back at my USA home church.

“At this point I’m hoping to come back […] somewhere between the end of October/November to the end of January/February. […]
Prayer request: I was taken to the hospital twice this morning with severe allergic reactions to something yet unknown. […] I’m still slightly swollen even after an IV, two shots and prescription antihistamines.  My dad comes in 14 hours and I’d love to have this settled before his arrival!”

Anyone catch any red flags? Don’t worry, I didn’t then either.

RED FLAG 1: Notice how I said I was thinking of returning to the States at the end of October. Huh, I’d never even consider skipping out on a youth group season unless something big was on my mind. Could I have been THAT tired?

RED FLAG 2: I went to the hospital twice in one day and got an overload of medication for a massively swollen upper lip. Cause still unknown.

RED FLAG 3: Wait, does that email actually say that my dad is coming in 14 hours? GIIIRRRRLLLLLL! DON’T HOST ANYONE ELSE ESPECIALLY DURING YOUR PRECIOUS ONE MONTH OF REST!!!!!

Well, throughout my dad’s visit, I got more and more exhausted, forgetful, and irritable. I couldn’t get it or keep it together!

Yet another email to my church liaison.

“I and the ministries here are in serious need of prayer.  Every week since the end of summer camps I’ve found it harder and harder to manage.  […] I think somehow I haven’t quite regained my strength from the work done this spring and summer and I’m on the verge of burnout.  I feel alone in the ministries […] I’m even looking into dissolving the youth program […] since I don’t see that I have enough help.  […] I don’t feel that at this time I can continue without support. […] I’m currently losing sleep and getting headaches under the pressure […].  Maybe God is telling me to rest a while?”

RED FLAG 1: Younger self, you realized already that your strength wasn’t coming back like you thought, and that God could be telling you to rest. You actually said, “I’m on the verge of burnout”! Take the hint!!

RED FLAG 2: Tasks that were a piece of cake with the more energetic self now are “harder and harder to manage”. Emotionally I was spent and felt “alone” and that I couldn’t “continue without support”.

RED FLAG 3: My sleep was affected and headaches were becoming a problem. These are typical early signs of burnout and CFS. If there is anything I’ve been learning about these bodies we’ve been given, its that God has designed them to tell us when they aren’t healthy. I would’ve done well to listen.

The End of the Beginning

Well, unfortunately I didn’t heed the warning signs and pushed through another hectic youth group season.

What was I thinking???

Finally, this stubborn gal decided to pay attention. I bit the bullet in December, 2013 and took what was supposed to be a four-month sabbatical. Four years later, I have never returned.

Take Aways for Us

To all you worker bees out there, burnout is something you cannot take lightly. All the symptoms I mentioned above were just the beginning of what burnout and CFS has done to me. I don’t have the opportunity to warn my younger self about it, but I sure hope this helps some of you. Don’t ignore the red flags. If your body is warning you, listen.

For those of you who share my faith in Jesus, we can sometimes think that working hard is the only way to serve God. However, consider Martha and Mary from the Bible. Martha was the worker bee serving through physical acts. Mary was supposed to be helping her sister with the work, but chose instead to sit and listen to Jesus teach. Luke 10:41b-42 says that when Martha wanted her sister to help, Jesus said, “Martha, Martha, you are anxious and troubled about many things, but one thing is necessary. Mary has chosen the good portion, which will not be taken away from her.”

While back in the USA and just beginning the journey of recovery, I wrote to my missions prayer team (mostly as a reminder to myself!) December 30, 2013,
“Let’s give our confusion, doubt, negative memories, and exhaustion to the Lord.  Are we ready to walk on water?”

By the time I finally took leave, my body was too far hurt to have a quick recovery. However, none of us are without hope of one.

Are we ready to walk on water?
I SOOOO am! 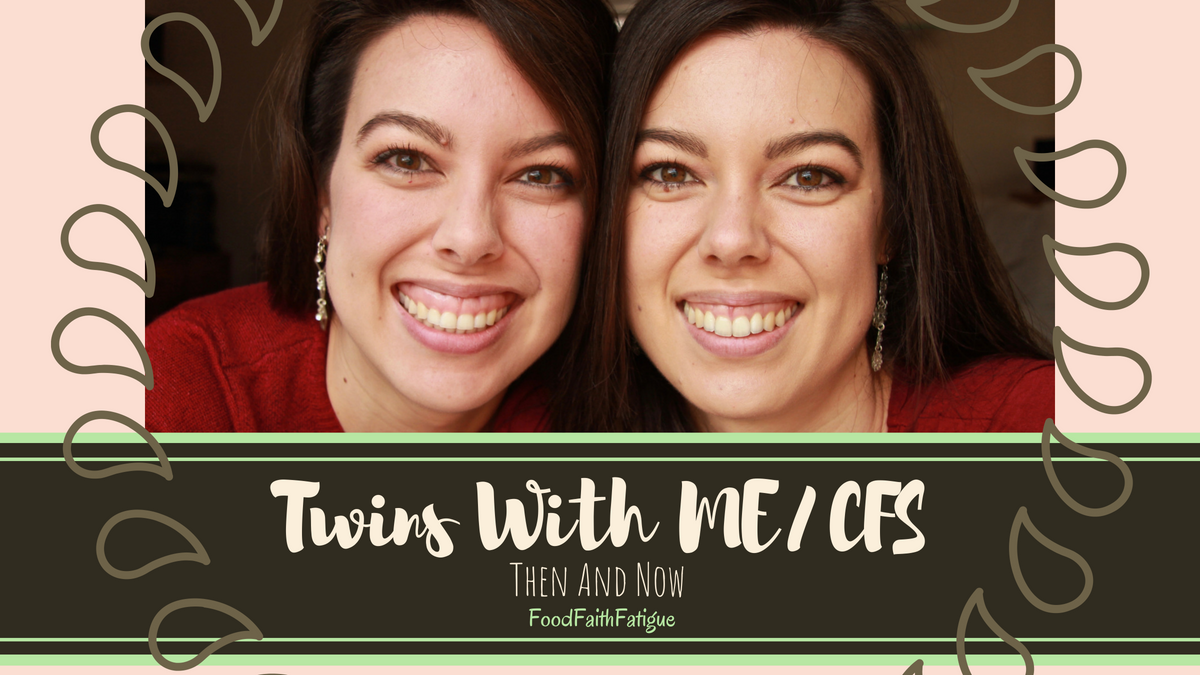 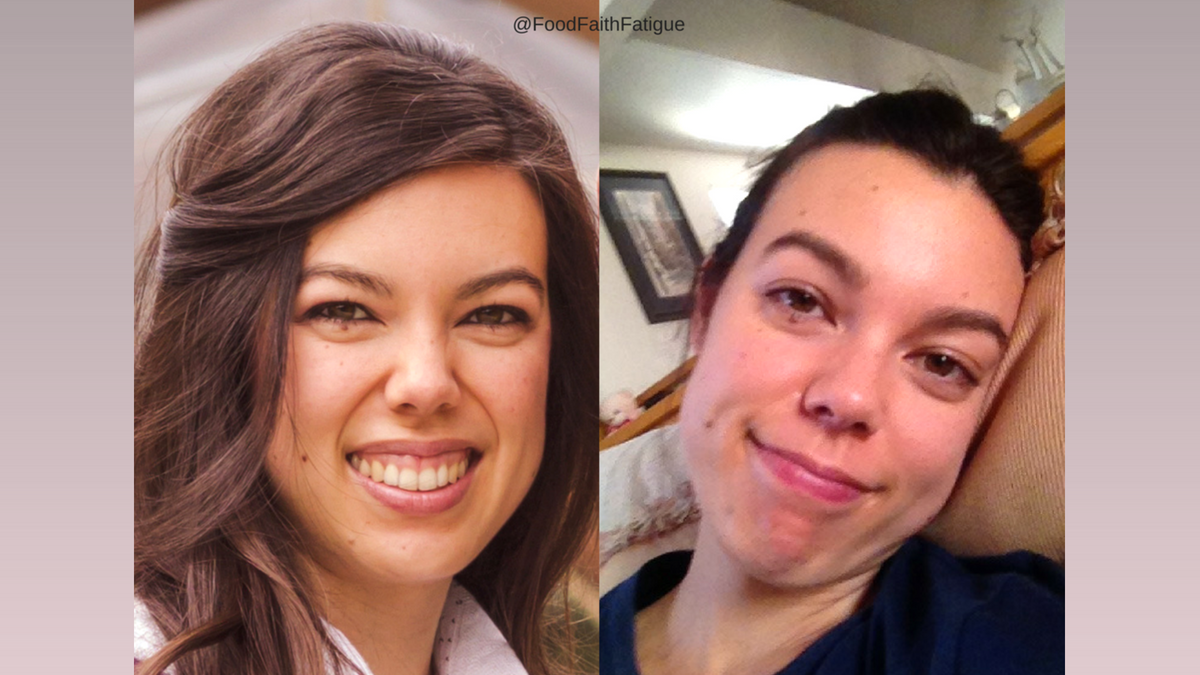